Advertise from as little as £16 per issue - Email: advertisingsales@themarlpit.com

Coltishall Bypass – Do we need one? 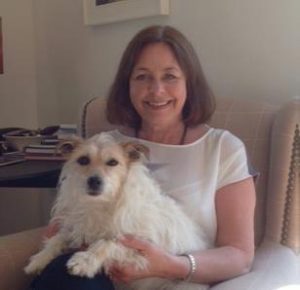 In my experience the primary concern of local people is the increasing volume and speed of traffic on the B1150, North Walsham to Norwich Road. I often hear of traffic becoming ‘stuck’ on the ancient narrow bridge in the centre of the village, with queues of traffic ‘backing up’ and the ensuing chaos this brings.

Residents in both parishes have problems crossing this road, for the children of ‘Ling Way’ in Coltishall, walking to school is a perilous one, as their route crosses the main road only 100 metres into the 30mph limit, speeding traffic entering the village hasn’t always sufficiently ‘slowed down,’ even though new ‘flashing beacons’ are in place to alert motorists of possible danger.

In Horstead crossing the road near the roundabout at the ‘Recruiting Sergeant,’ to the bus stop outside ‘Randells’ is similarly difficult, as there is often a constant stream of traffic in both directions, and people’s patience ‘wears thin’ whilst waiting to get across.

Traffic is such a concern locally, the parish councils purchased a flashing SAM2 speed indicator over a year ago which records traffic data, since the ‘Broadland Northway’ or NDR was opened in early 2018, around 30% more traffic has been recorded on the Norwich Road at Horstead. Because the B1150 is the main aerial route to North Walsham, traffic calming measures are not permitted by the Highways Authority, as this could impede emergency vehicles.

North Norfolk District Council has been reported to be considering building high volumes of new homes, on the west side of North Walsham in their emerging local plan. This is in addition to 200 homes in the Norwich Road area of North Walsham, which have already been built, without any additional infrastructure support from the homebuilders Hopkins and Persimmon.

To the north of Coltishall, HMP Bure remains a major employer to the region with over 400 staff, and with the continuing expansion of small and medium sized businesses at the Scottow Enterprise Park, increased levels of traffic are inevitable.

With the Greater Norwich Area predicted to be the fastest growing area in the country, over the next 25 years in terms of economic and housing growth, Broadland and South Norfolk councils are collaborating, and are due to form a specialist ‘Growth Delivery Team’ to manage this change and to support key infrastructure projects. The Norwich Western Link Road, dual carriage way improvements to parts of the A47 and the Long Stratton bypass, are the key infrastructure projects in the short to medium term, with work expected to commence on the western link road in the next two years, which will be mainly paid for by pooled, ‘Community Infrastructure Levy’ receipts from new homes.

In my view, the main B1150 roadway in the village, will not have the resilience to safely carry constantly increasing levels of traffic into the future, and any efforts to improve and upgrade the current road would be limited, and could spoil the historic integrity of the village high street.  The aged Horstead-Coltishall bridge, and possibly the railway bridge may be at risk.

In conclusion, my suggestion is to build a Western Coltishall and Horstead Bypass which would pick up any traffic from the Buxton, Lamas and Scottow areas, heading to and from Norwich and the Broadland Northway. This would obviously not be a quick fix and would take a great deal of support locally over a prolonged period to obtain, but I think it would be achievable in the medium to long term, and this could greatly improve the lives of local people.

As well as a bypass, new ‘Green Infrastructure’ is on my wish list, to enhance existing local green spaces, and provide a network of ‘green corridors’ and foot paths for recreation and biodiversity.

I have always admired the River Bure at Coltishall Common and Horstead Mill, which is known as the ‘gateway to the Norfolk Broads’ and is an area of outstanding natural beauty.  It is essential to protect these sites and mitigate the impact of future growth of the area on the natural environment.

I expect the marked growth in Tourism within the Broadland area to continue. With the recent fall in the value of sterling, and an increase in visitors from Europe, USA and Australia as well as domestic tourists, a far higher volume of visitors are now staying overnight in our region. During the summer I attended the Broads Tourism forum, where ‘English Heritage’ highlighted the need for more visitor ‘experiences,’ such as craft activities, ‘getting back to nature’, ‘being outdoors’, boating, fishing, cycling trails and walking, which are all the antithesis to our high- tech lives. The expanding visitor economy is of huge importance to our region, and will help sustain our historic towns, villages and rural economy to ensure sustainability in the coming decades.